This Saturday, 22 young authors will celebrate the publication of their stories at a book launch for two anthologies: ‘A Portal to Our World’ and ‘Imaginary Victoria’. Both are the result of eight-week summer programs that ran this past July and August as online ‘camps’ for teens, facilitated by award-wining charity Story Studio, and supported by the Greater Victoria Public Library and the City of Victoria.

‘A Portal to Our World’ showcases the work from participants in the Summer Writing Studio. Supported by the Greater Victoria Public Library, youth set their own writing goals in an online ‘writer’s room,’ where they received weekly advice and support from Story Studio staff, as well as from visiting local authors and illustrators. This is the second year for the program, which was initially created in 2020 as a response to the pandemic.

Similarly, the ‘Imaginary Victoria’ anthology emerged from a series of online workshops in July and August which were funded by the City of Victoria ‘Everyday Creativity Fund’. Working with local illustrator Gareth Gaudin, participants worked together to literally redraw a map of Victoria, creating a new city filled with magic and wonder. In this shared fantasy world, teen authors wrote 10 short stories exploring their ‘Imaginary Victoria’. The final result is a beautiful, illustrated anthology of their work and Gareth’s illustrations.

The book launch event will take place on Saturday, November 20, from 2-4pm in the outdoor atrium of the Central Branch of the Greater Victoria Public Library (735 Broughton St.) The public are welcome to drop by and learn more about the anthologies. 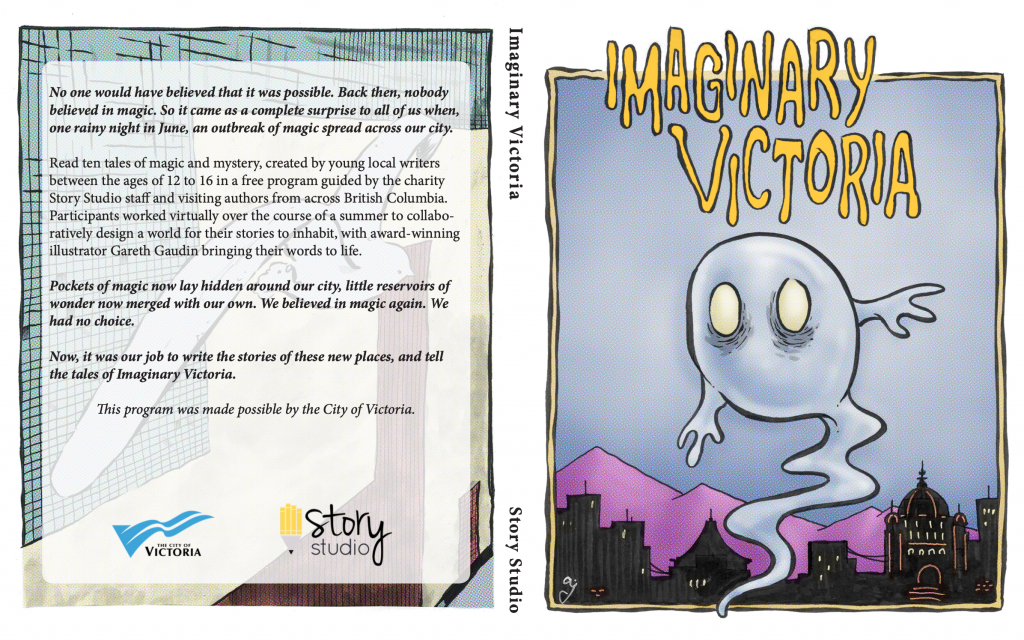 PrevPreviousTeachers – we want to work with you!
NextGet writing this summer with our online camps for teens!Next

Drop us a note and we’ll send you our newsletter, filled with the latest Story Studio programs and resources!